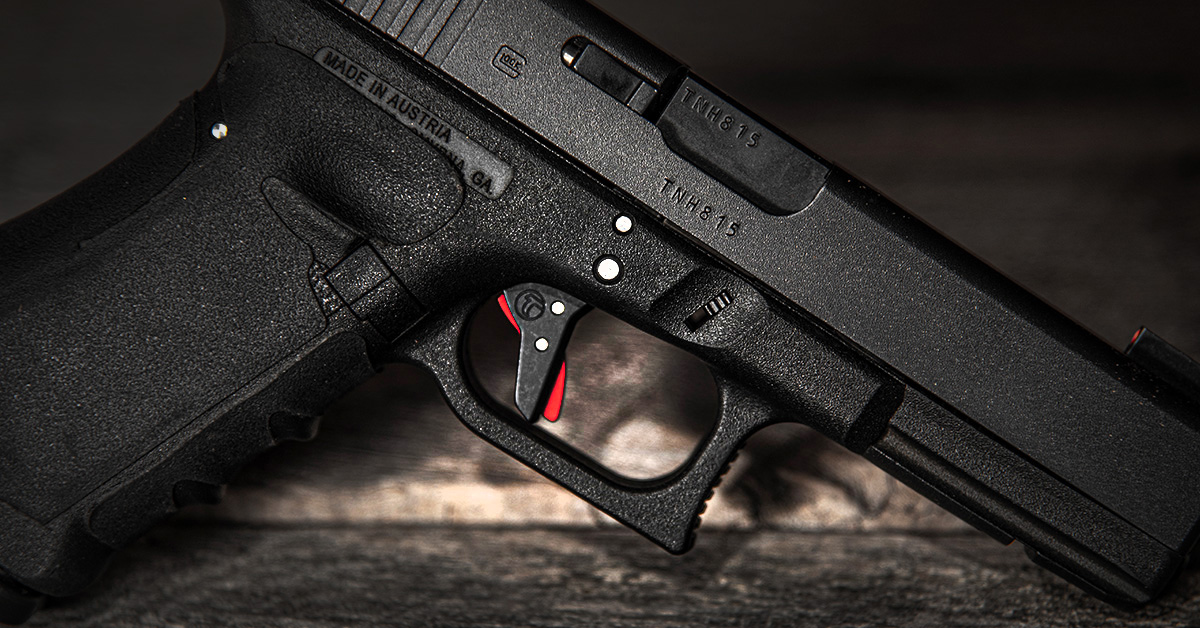 If you’ve been in the firearms world for any length of time, Timney should be a familiar name. Since 1946, Timney has been an industry leader in the engineering and manufacturing of precision trigger systems, beginning with “sporterized” military rifles and now encompassing all the leading bolt-action rifle brands as well as select shotguns, ARs, and the 10/22 rimfire. Surprisingly, handgun triggers have not been included in Timney’s long production history.

Well, all that changes this year. In parallel with the company’s 75th anniversary, Timney Triggers marks another milestone with its first polymer-frame pistol trigger system called the Alpha Competition Series. As you might expect, the platform for this new endeavor is the always-popular GLOCK.

Aftermarket triggers for the GLOCK system are nothing new, of course, but most are variations on the factory trigger theme, with refinements mostly centered on trigger bar geometry, trigger shoe adjustability and design, and alternate spring rates. Timney’s approach to making a better GLOCK trigger took a somewhat different turn. Rather than the “take what works and make it better” angle, the Timney Alpha Competition Series trigger began with directed input from GLOCK shooting team captain Shane Coley. Hey, if you’re going to step up an iconic brand like GLOCK, who better to define the mission than a National and Team World Champion shooter who runs GLOCK pistols every day for a living? 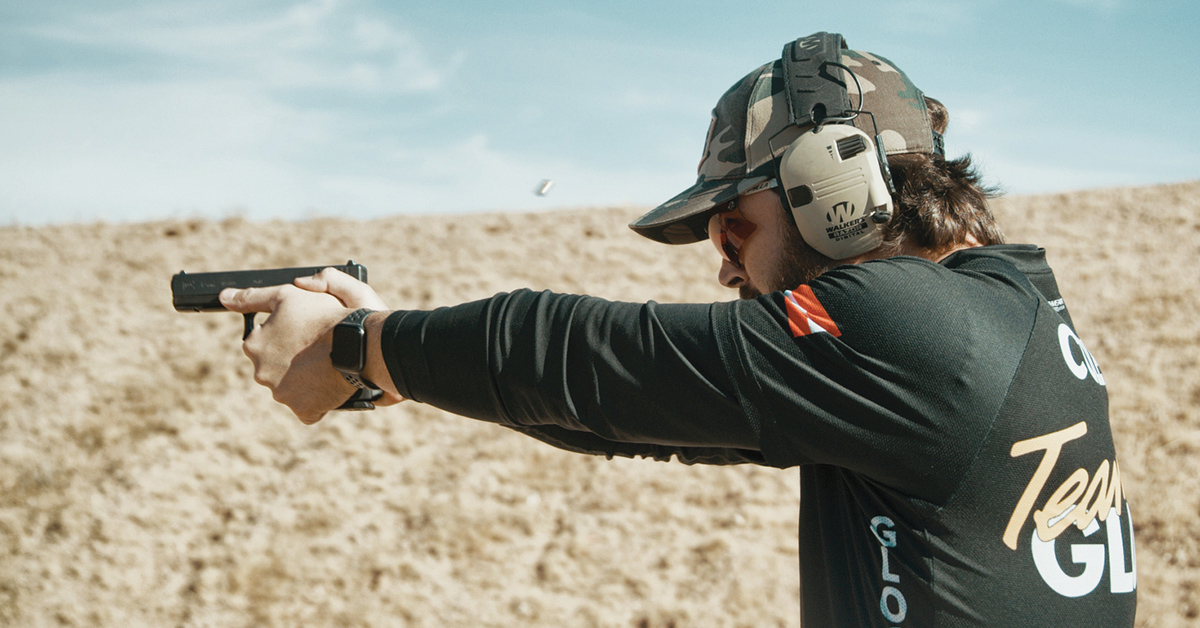 Shane joined forces with Timney’s Director of Product Development Calvin Motley to work out a trigger system that combined Calvin’s engineering prowess with Shane’s must-haves for fast, accurate shooting in a competition environment:

These are, understandably, righteous goals of any match-grade trigger system. The question for Timney was how to get there and to do it better than anything that has come before. The envisioned system also needed to conform with Timney’s reputation for providing user-friendly drop-in installations and high quality and performance standards. 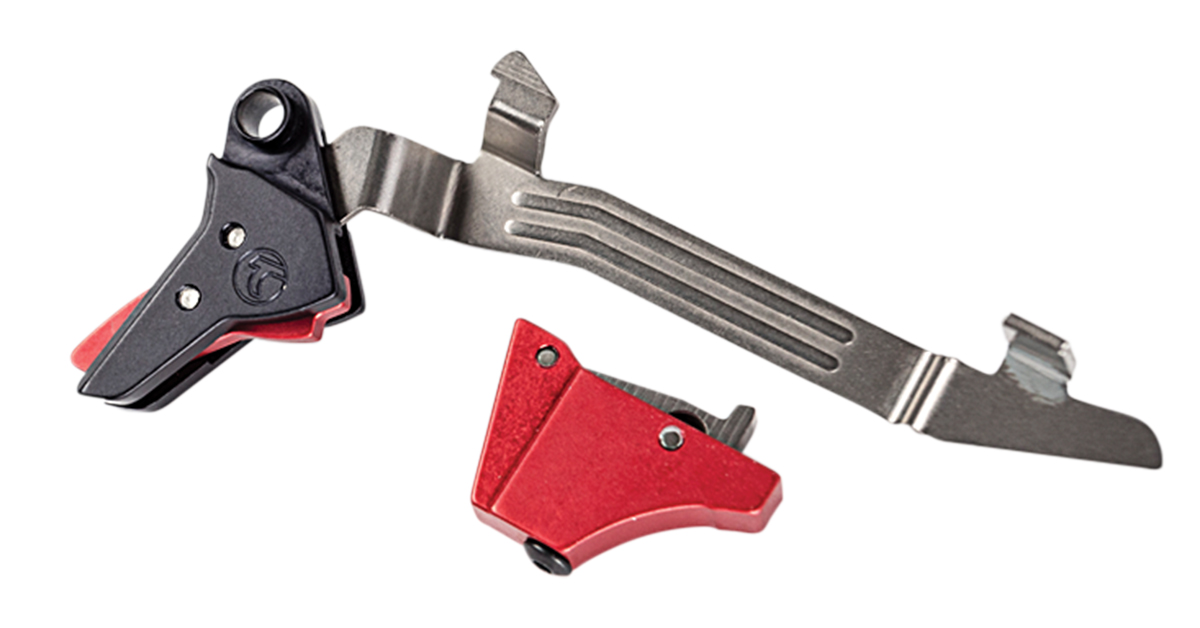 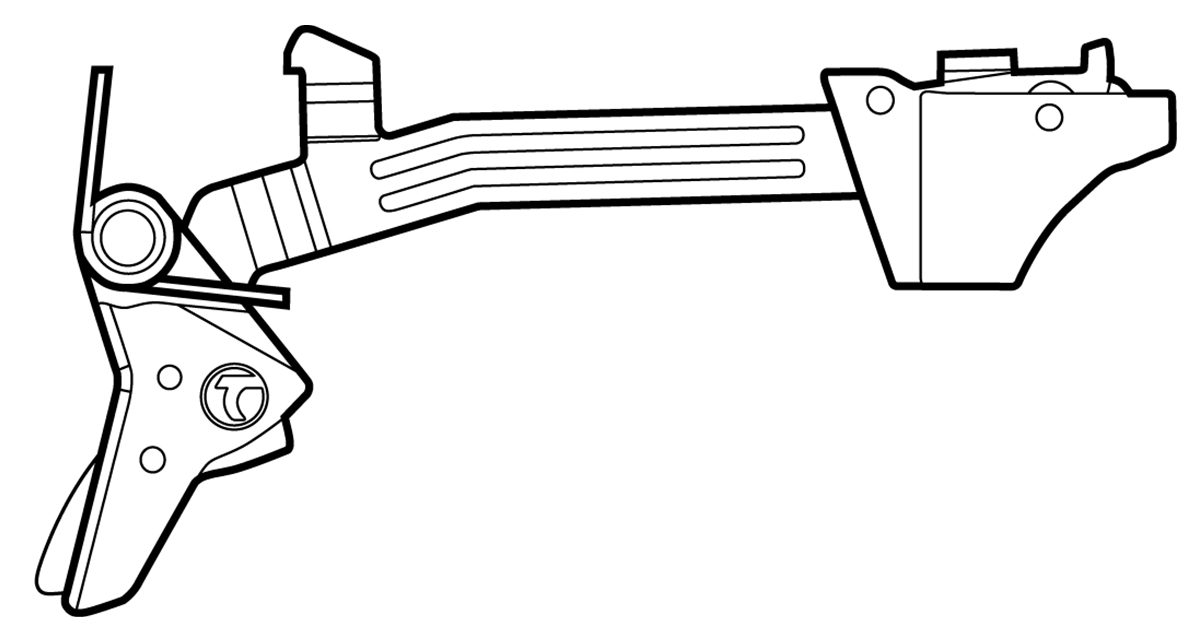 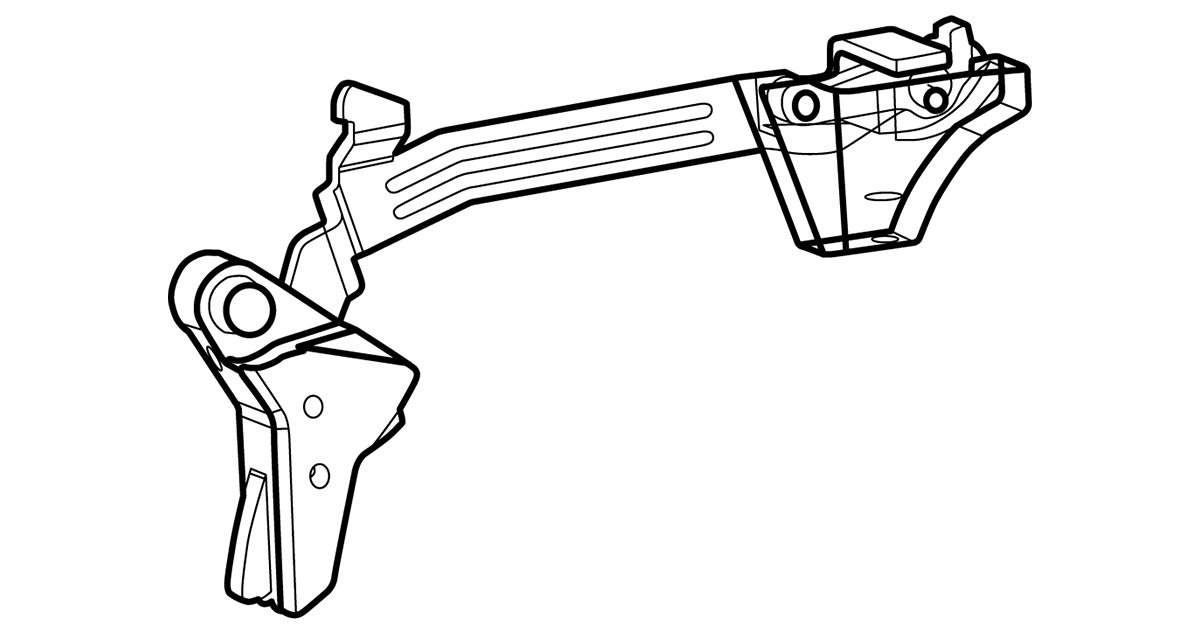 Instead, the Alpha system’s receiver is a machined assembly that fits into the factory trigger mechanism housing. It incorporates a spring-loaded sear that engages the firing pin lug when the slide is pulled back and then moved forward (either manually or during recoil). This system keeps the firing pin cocked in its rearmost position. 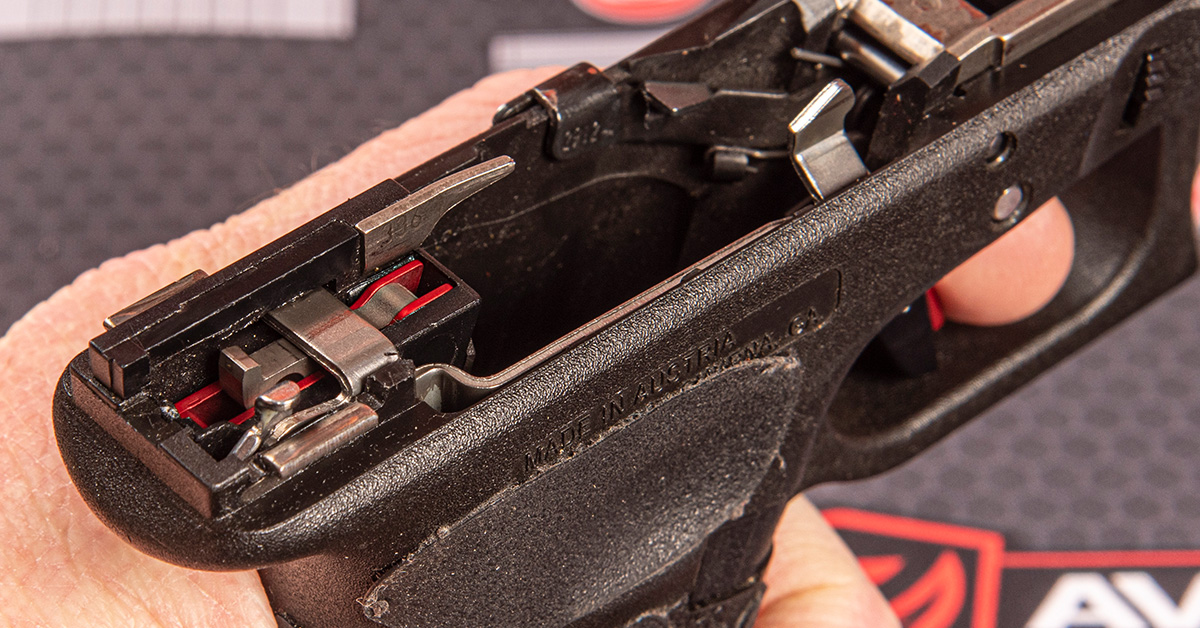 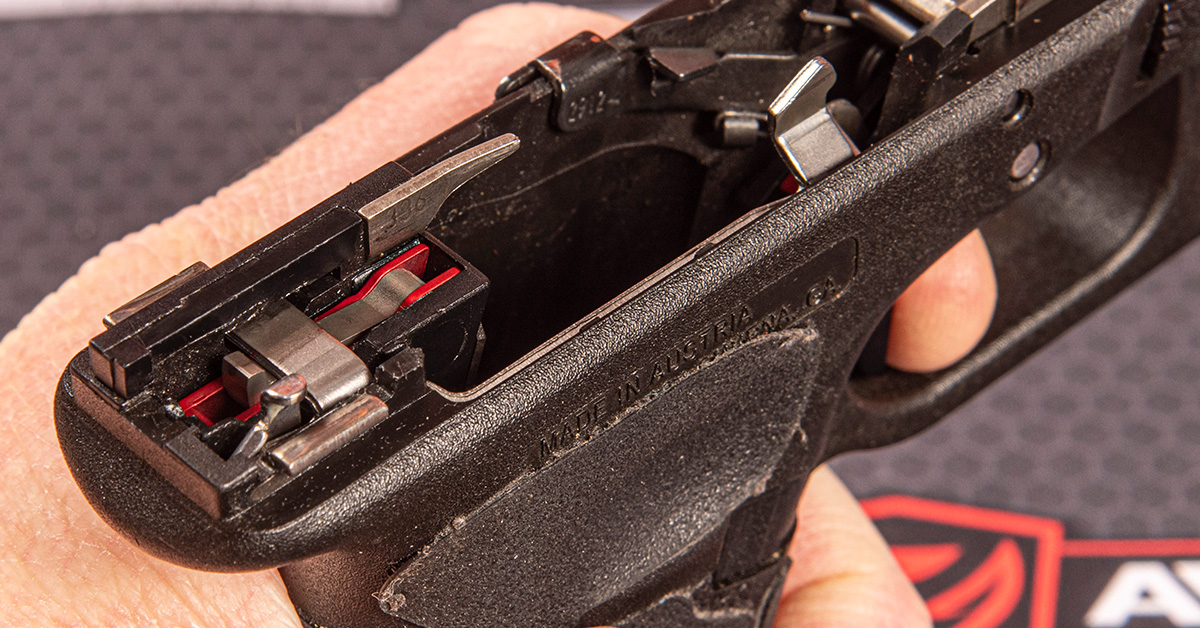 As the bar drops, it pushes down on the sear, allowing the sear to disengage from the firing pin lug. The firing pin is then propelled forward under spring tension to strike the primer.

Once you see the Alpha Competition Series in action and wrap your head around this design, you realize that this is one of those uncommon bursts of ingenuity that makes you ask, “Why didn’t someone think of this before?”

The Alpha not only simplifies the GLOCK trigger system, but it delivers on the essential attributes that guided its design. The new trigger return spring offers a much more positive feel during reset than the original design. The trigger pull weight is reduced to 3 lbs. because the trigger system is not compressing the firing pin spring. The break is significantly crisper—a credit to the more precise sear design, Teflon nickel (NP3) treatment of the trigger bar and sear, and elimination of the “rolling break” inherent to the original GLOCK trigger system. As for the reset, it absolutely redefines “short.” 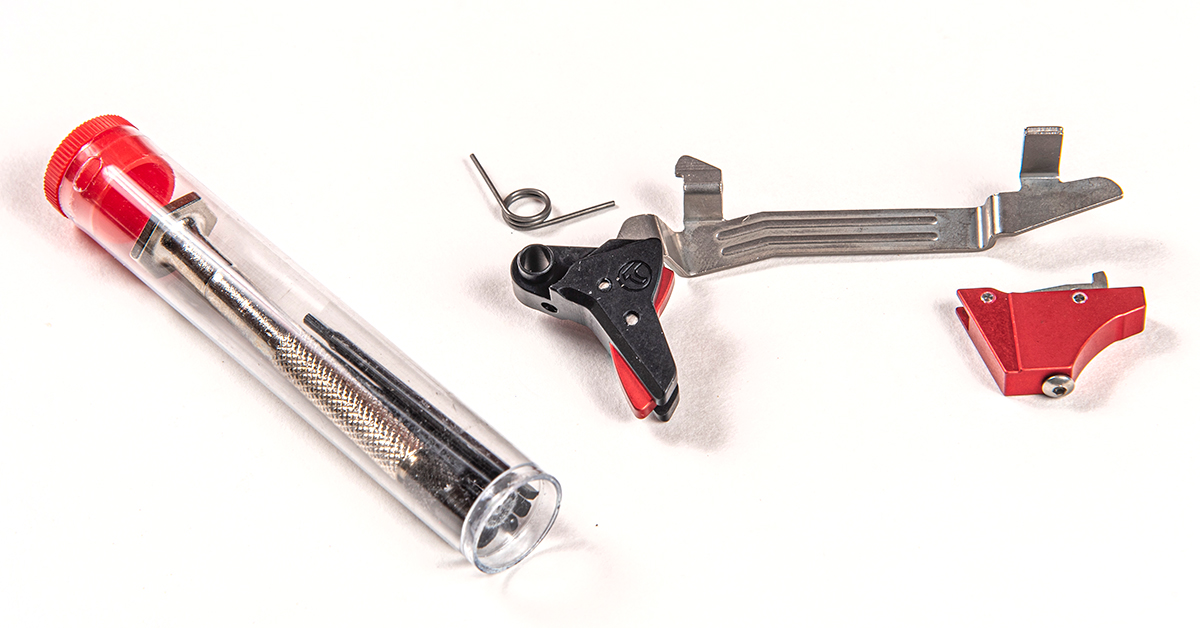 This is the sum of the Alpha Competition Series kit. It includes the trigger shoe/trigger bar assembly, the receiver (contains the spring-loaded sear), trigger return spring, and a small tool set to complete the work. 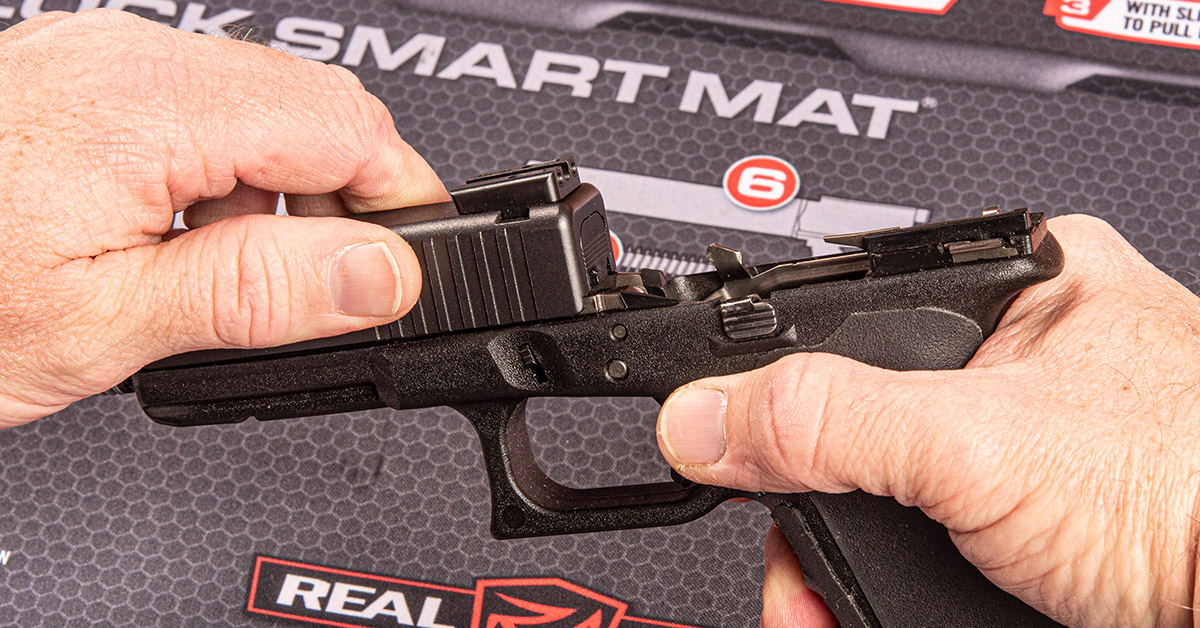 As always, when working on firearms, remove the magazine and ensure there are no cartridges in the chamber. Remove the slide assembly from the receiver. 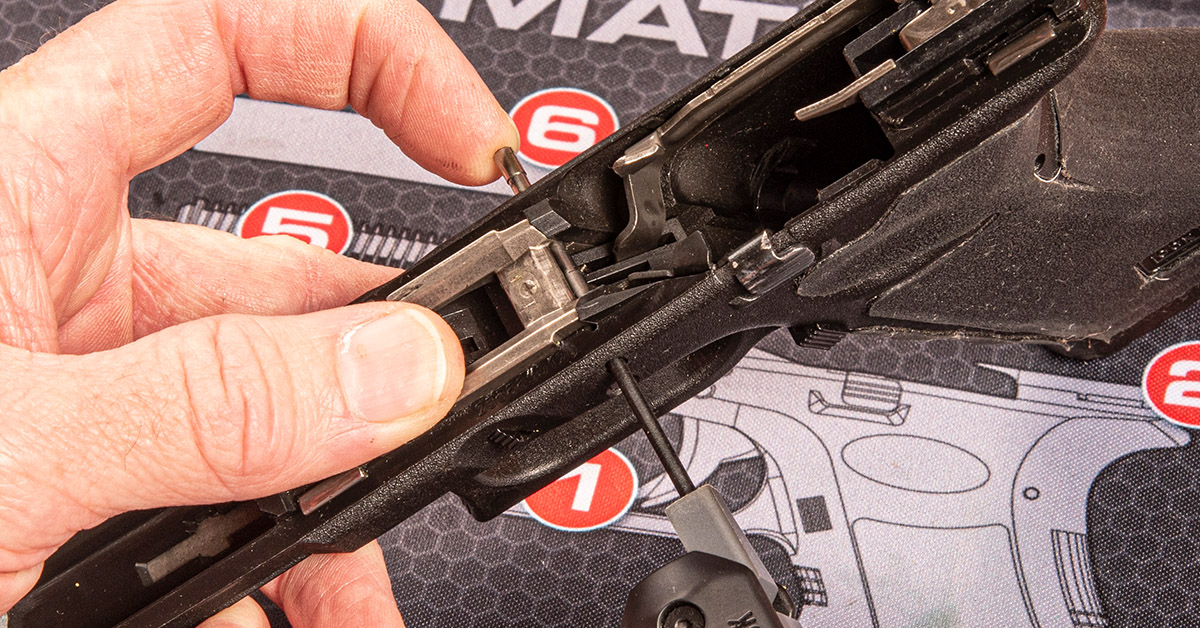 Push out the locking block and trigger pins with a GLOCK tool or punch, working from left to right. Here, we are using the Real Avid 4-in-1 Tool for GLOCK. 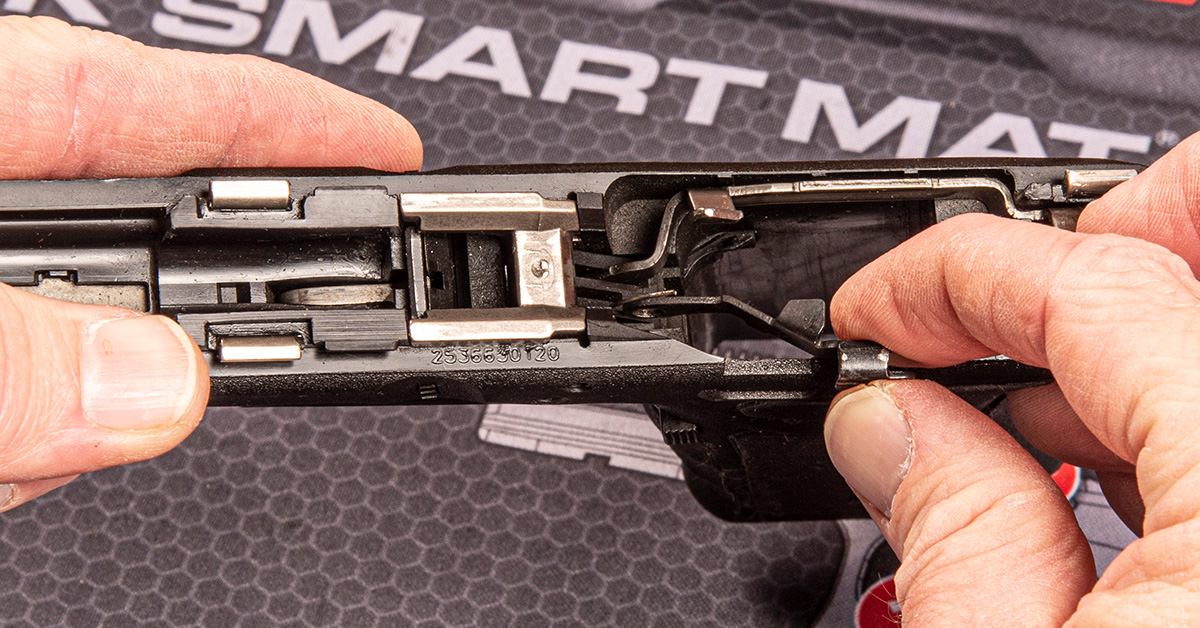 Remove the slide stop lever and spring assembly from the receiver. 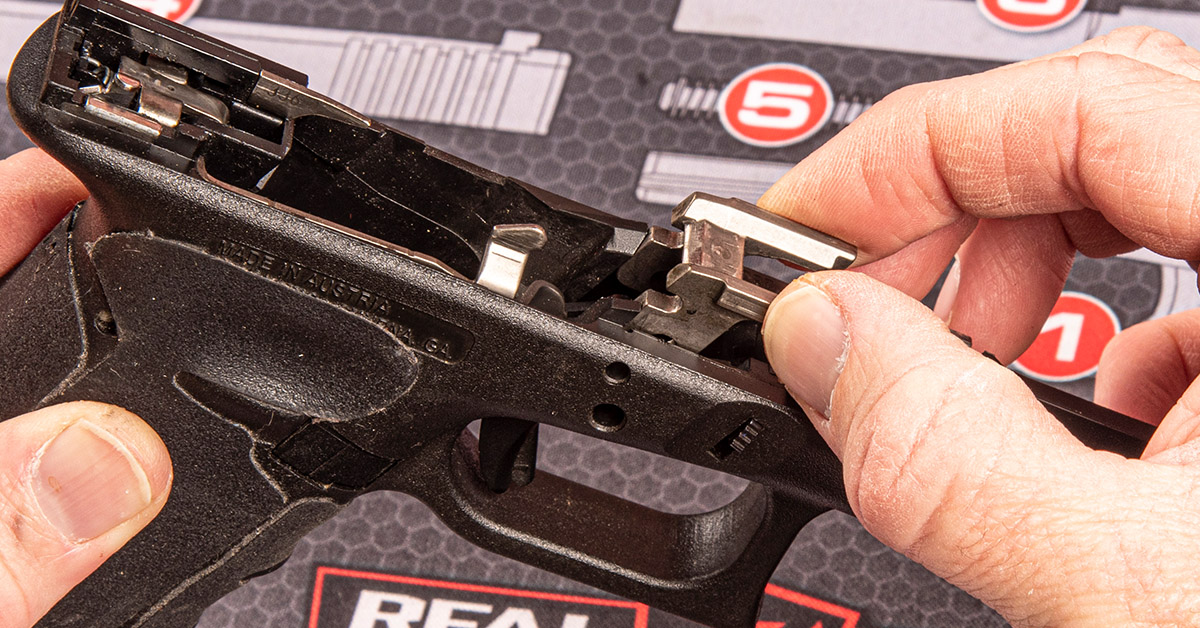 Remove the locking block from the receiver. 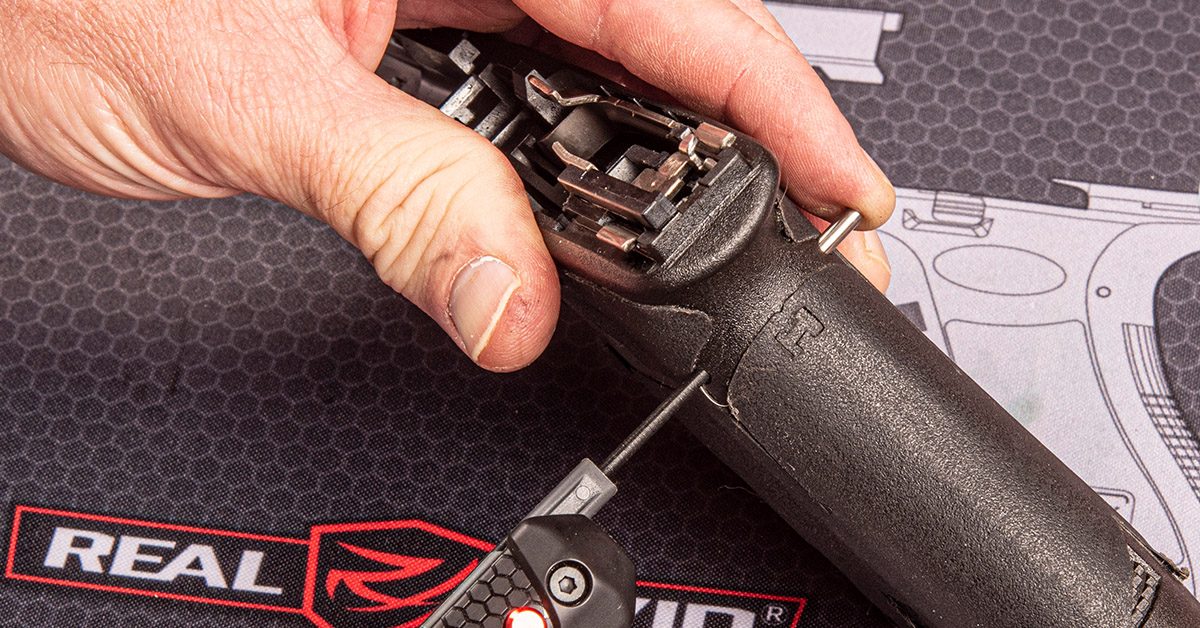 Push out the trigger mechanism housing pin, working from left to right. 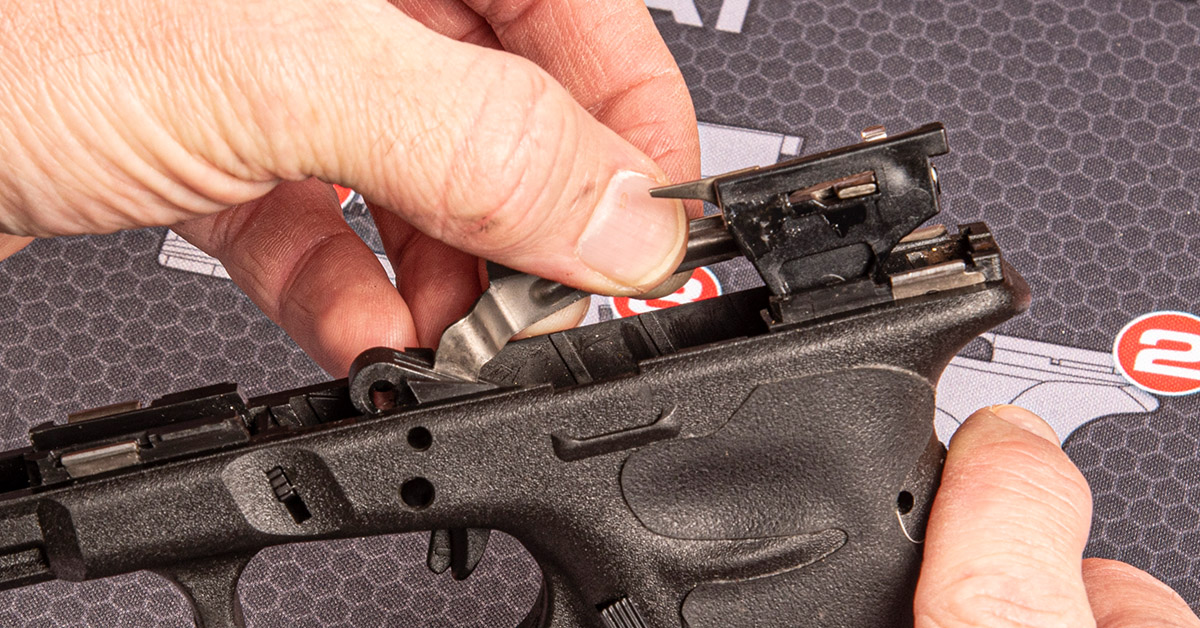 You can now remove the trigger system by lifting it out of the receiver. 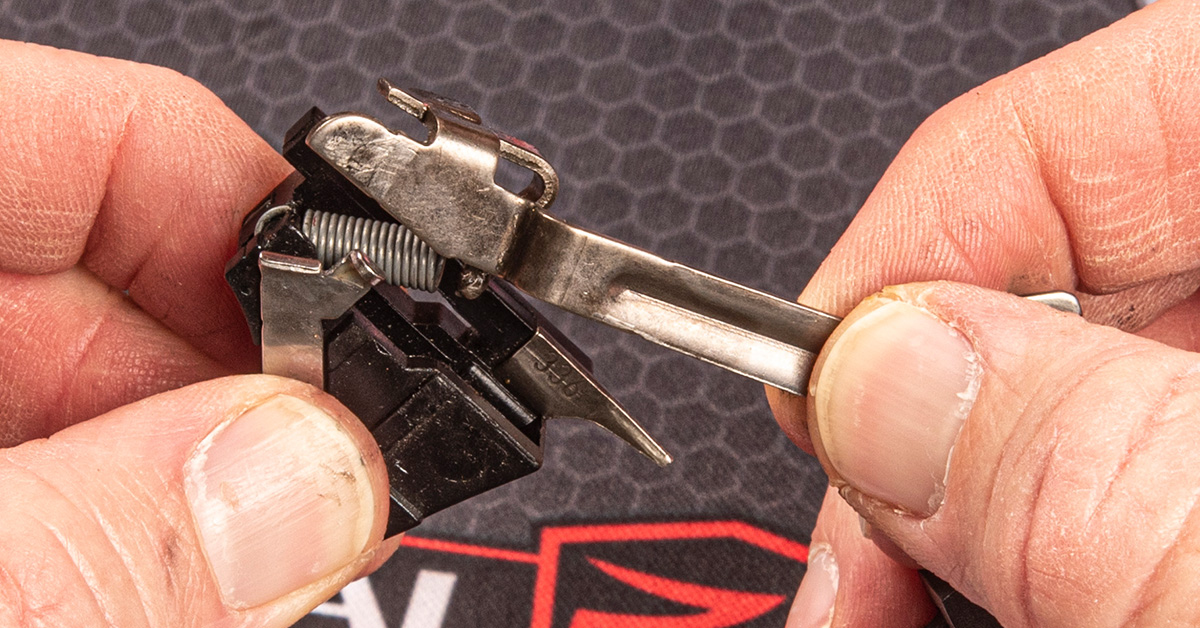 Release the trigger bar from the mechanism housing… 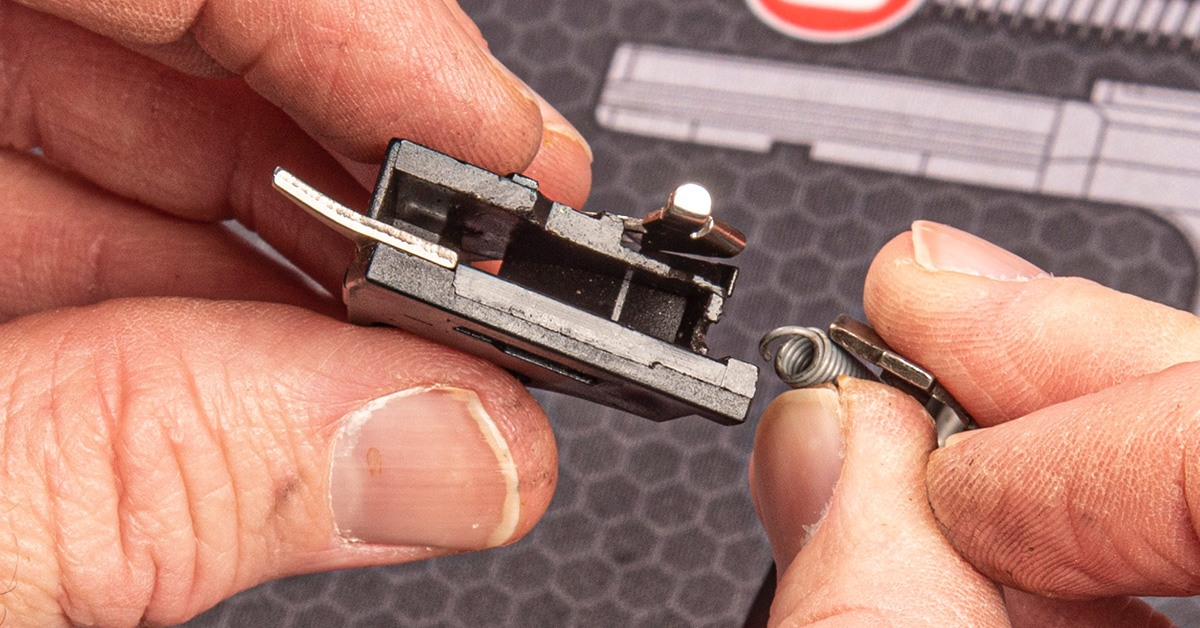 …and then disconnect the return spring from the housing. 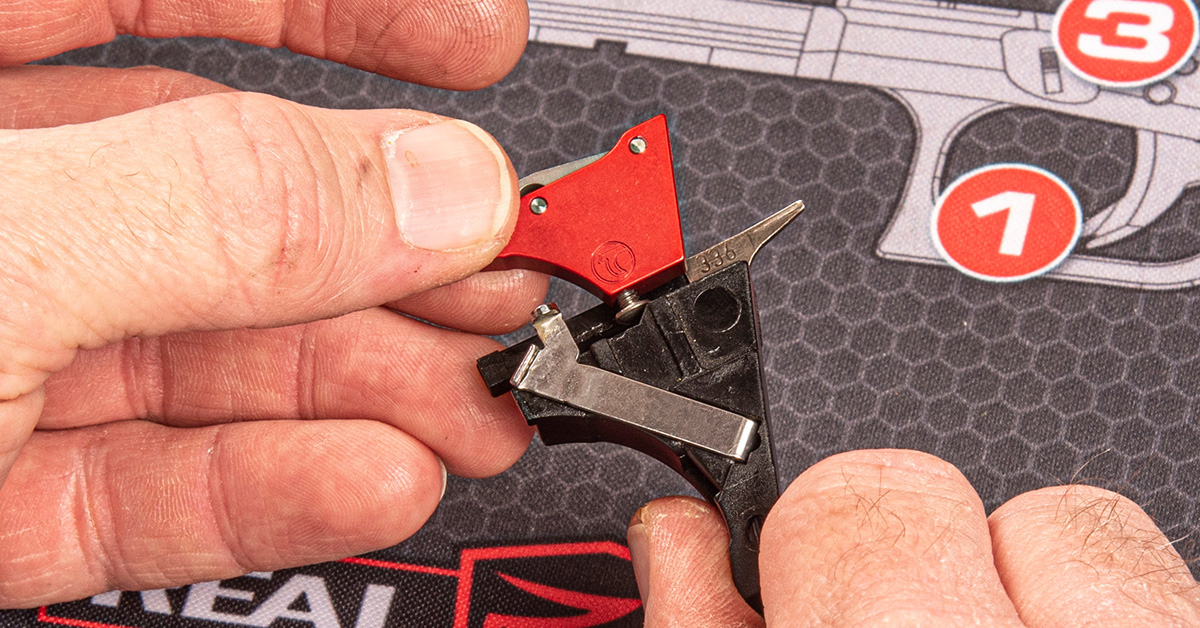 Insert the Alpha receiver into the stock trigger mechanism housing. 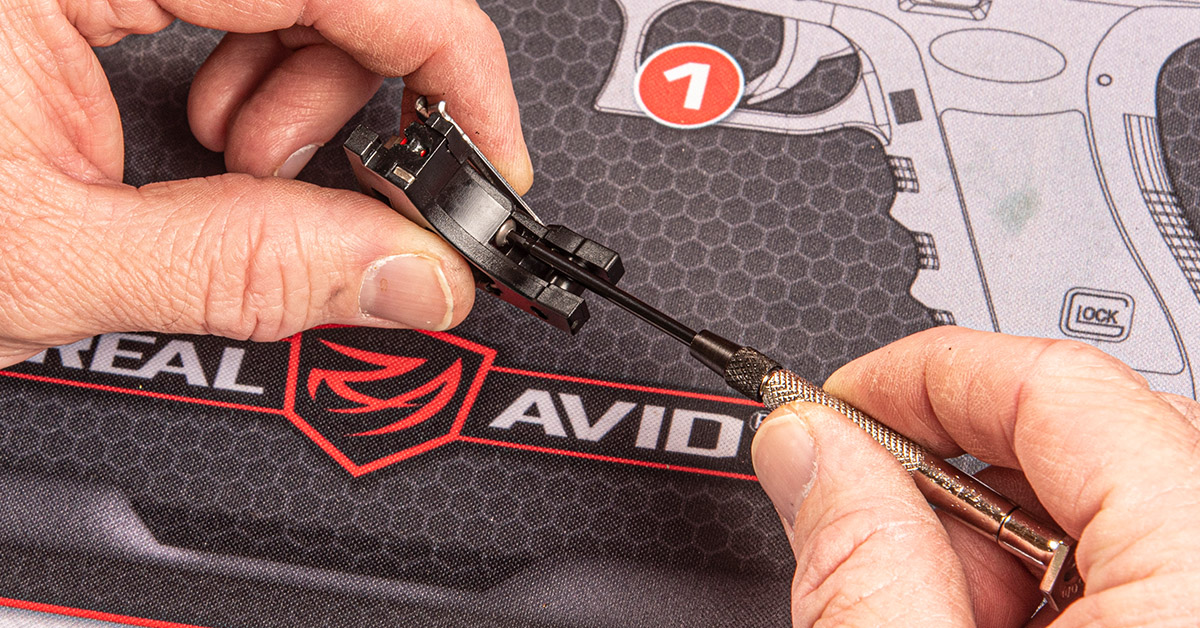 This small set screw secures the Alpha receiver to the trigger mechanism housing via clamping force. The kit includes a hex driver to tighten the screw. Be careful not to over-tighten and risk damaging the housing. 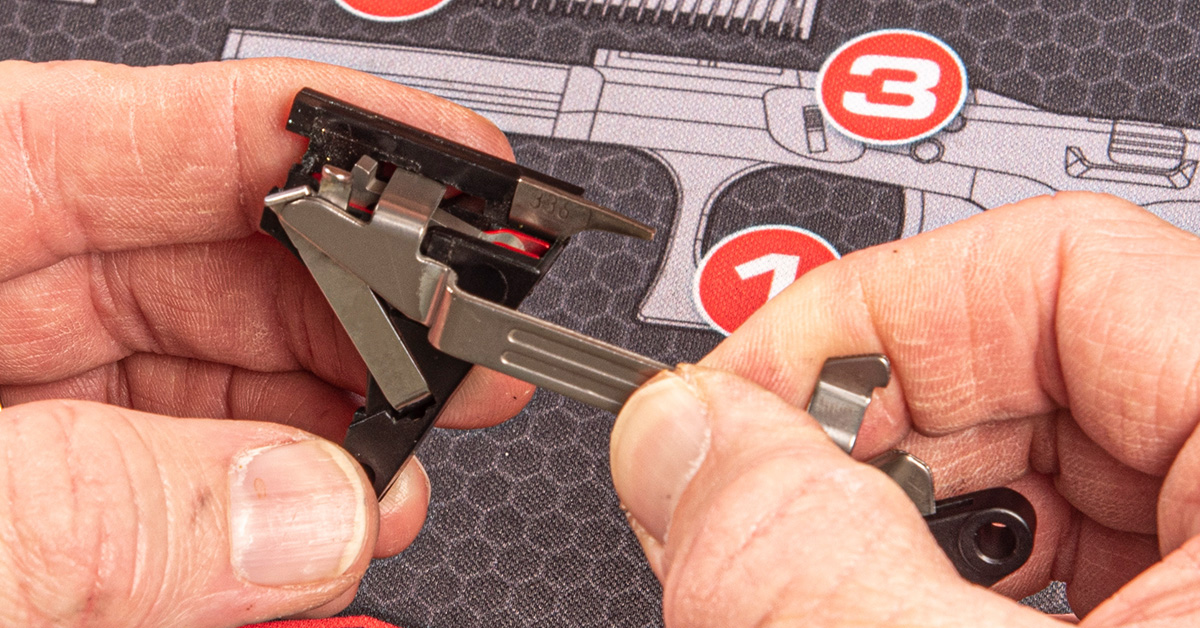 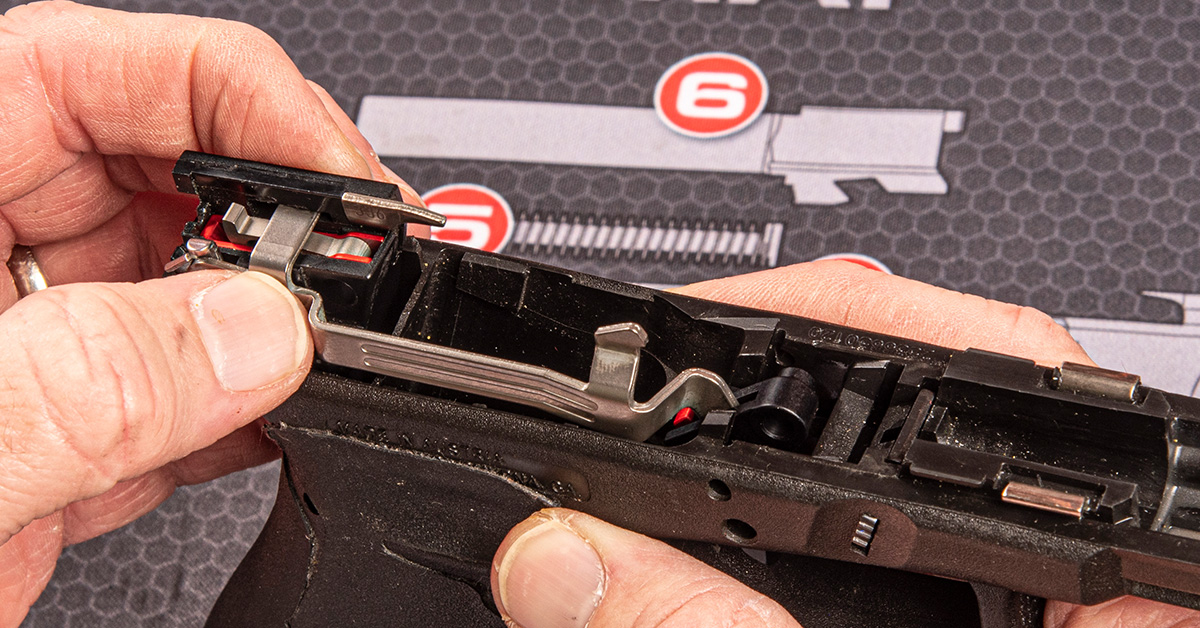 Drop the trigger system into the pistol receiver as a unit. 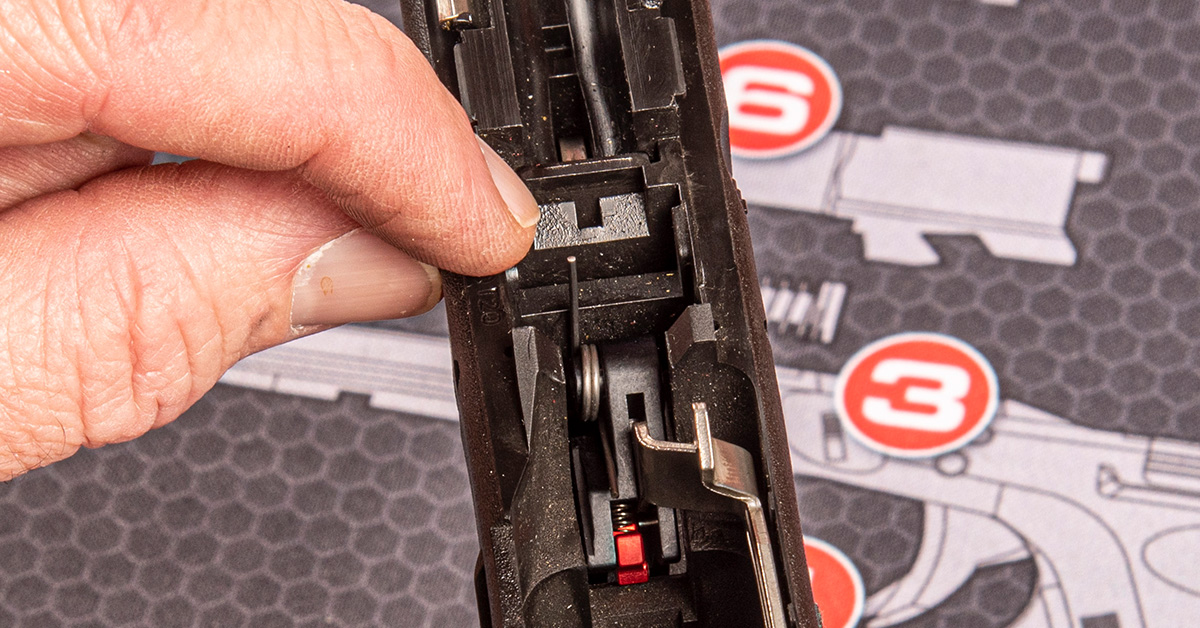 Orient the Alpha return spring as shown (with the “L” facing the back of the receiver) and position the coil over the trigger pin hole boss. 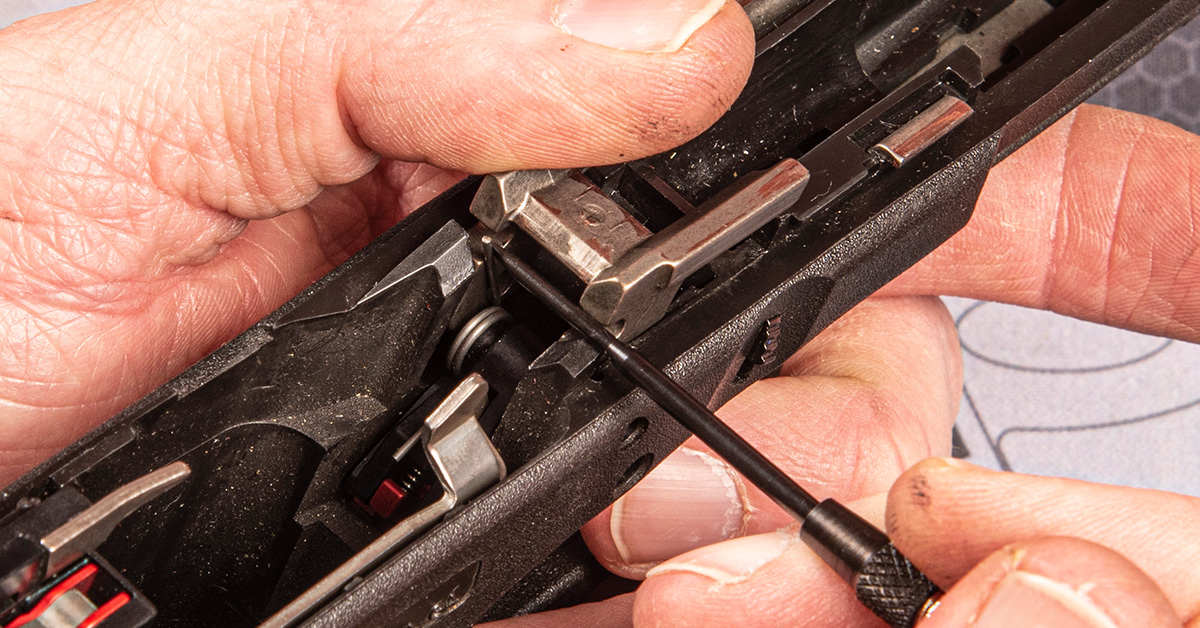 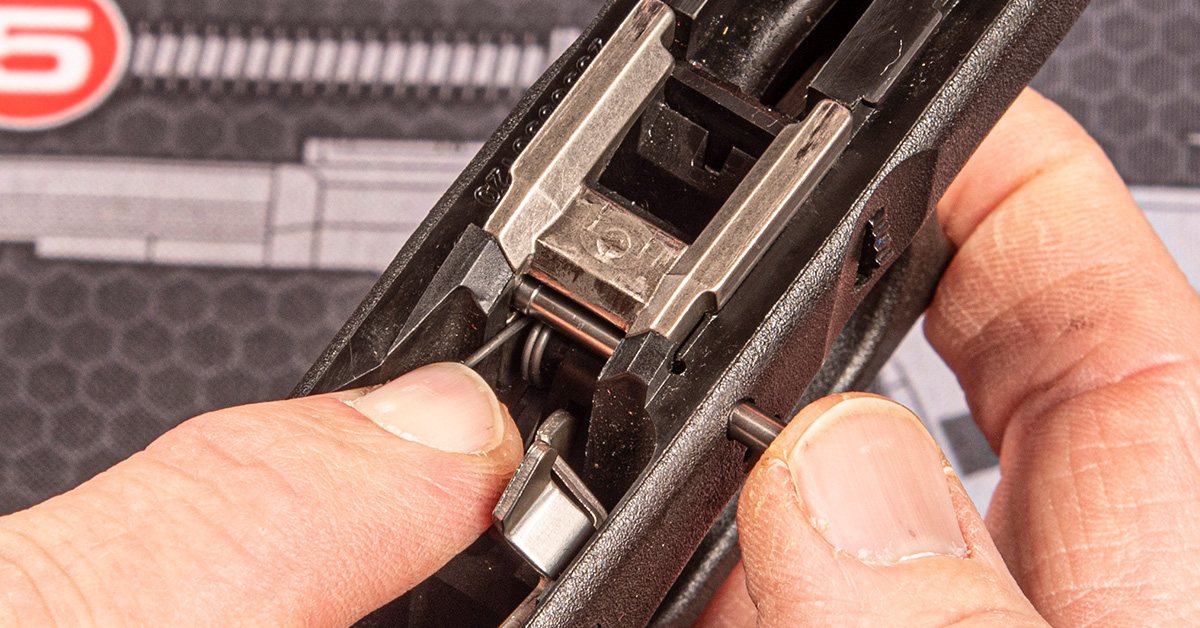 Push the locking block pin halfway through the receiver, working from the right to the left. Pull the upper return spring arm down so that it clears the left-side pin hole and then push the pin the rest of the way into the receiver. The spring arm will be underneath the pin when properly installed. 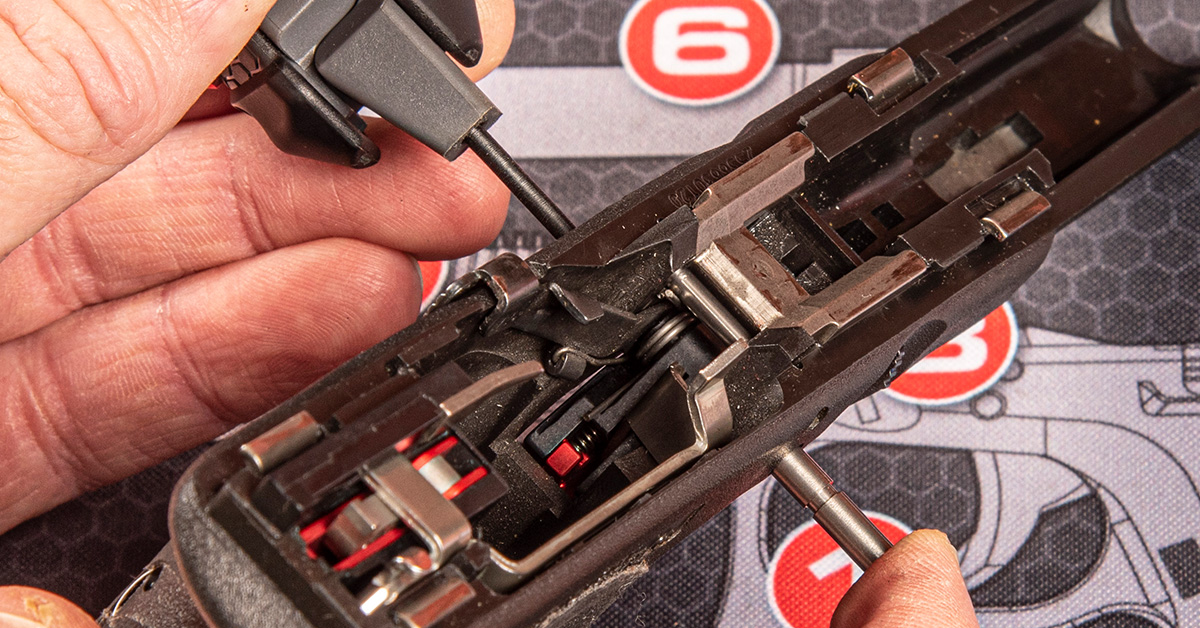 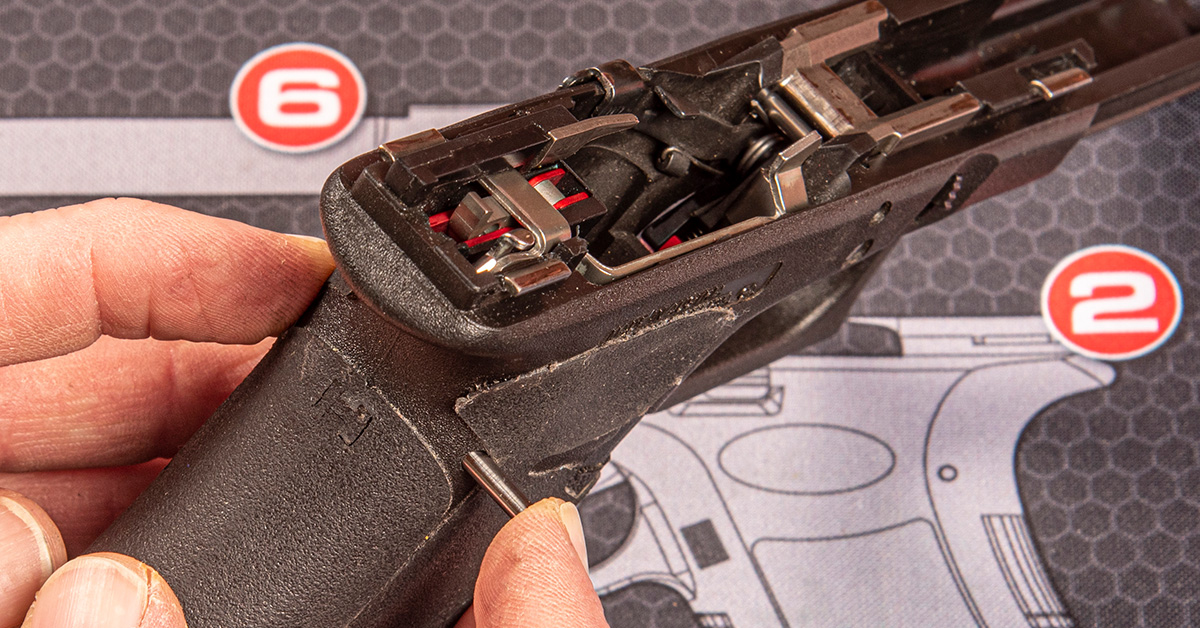 Install the trigger mechanism housing pin, working from the right to the left. 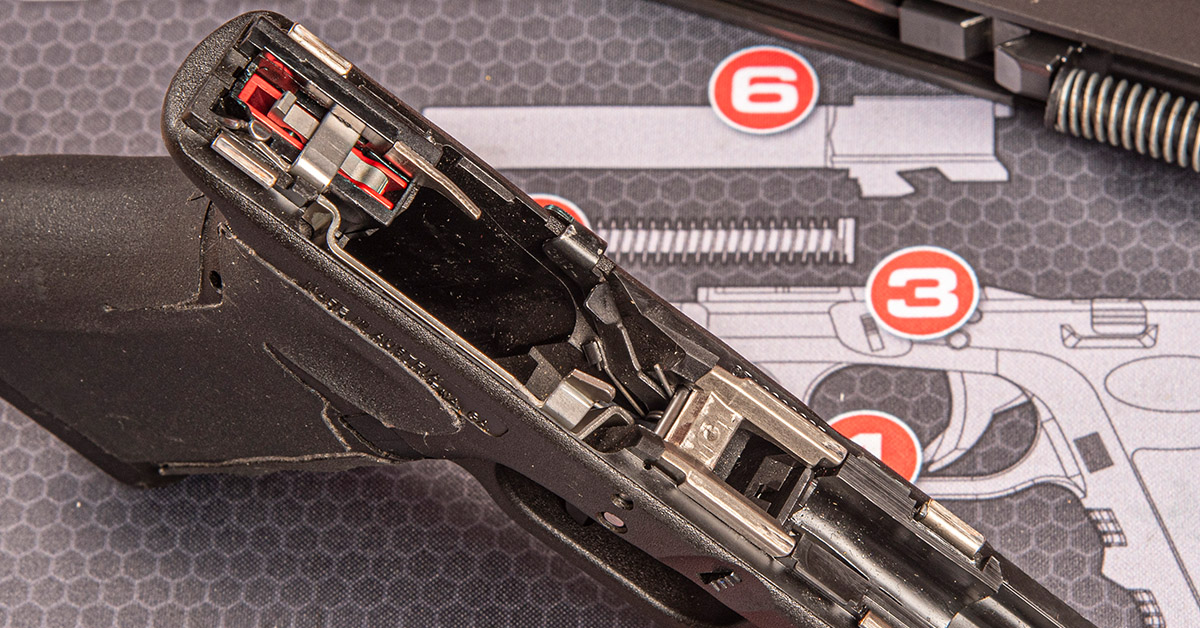 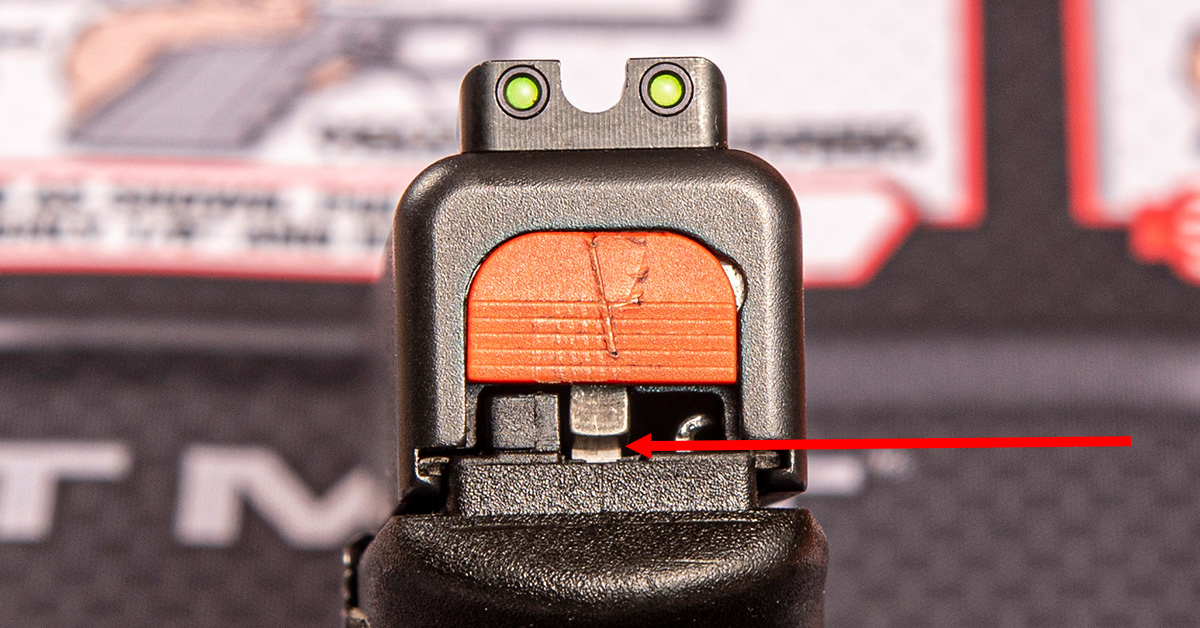 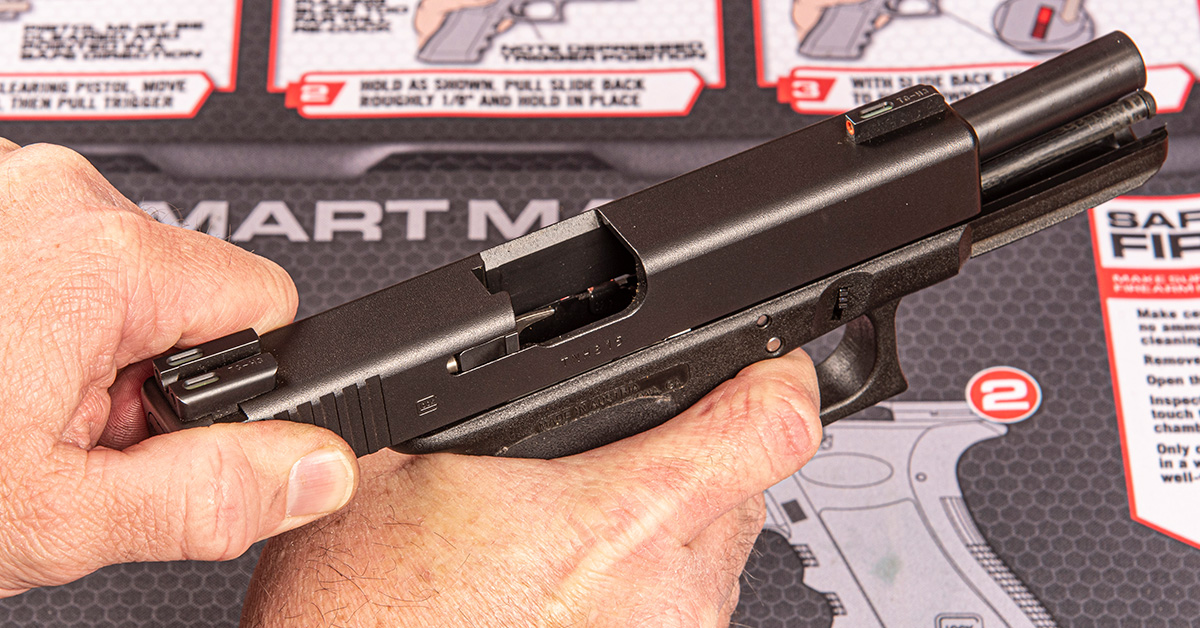 After replacing the slide cover plate (if removed for inspection), reassemble the pistol and perform a function check before returning the gun to service.

The Alpha Competition Series is designed to work with the following GLOCK Gen 3 and Gen 4 models:

To learn more about the new Timney Alpha Competition Series trigger for GLOCKs, go check out the product page.