When Ruger released its Precision Rifle several years ago, it was an instant hit. Frankly, this comes as no surprise. It was a one-stop-shopping long range competitor right out of the box. Anyone could walk into a gun shop and walk out with a sub MOA, detachable box magazine rifle that could ring steel at 1000-yards with compatible ammo, quality glass and the help of a seasoned spotter. This level of accuracy had historically been reserved to the realm of custom rifle makers. Ruger presented the world with the Model T of super accurate precision rifles and the public responded by buying them up as fast as they could make them.

Not being one to rest on its laurels, Ruger recently brought out the classic M77 in a Long-Range Target configuration. This rifle features a 26” heavy contour, 5R rifled, free-floated barrel minimum bore and groove dimensions, minimum headspace and a centralized chamber, set in an extra heavy, epoxy coated stock with an adjustable cheek rest. The traditional M77 lock is renowned for strength and positive feeding and extraction. This rifle has a more traditional silhouette and yet offers Picatinny rails where a rifleman needs them. The trigger on my test sample was every bit as good as the stock trigger on the Ruger Precision Rifle but has no provision for adjustment. Do not adjust the trigger on the LRT no matter what you see on YouTube. Trust me on this.

I purchased the GEN1 RPR in .308 Winchester when they were first available. I still have this rifle with about 2,000 rounds on the clock. I have added Timney’s excellent drop in trigger, topped the rifle with Leupold’s Mark IV 4.5-14x LR/T, installed a Harris HBRS bipod with an RBA-1 and replaced the factory stock with the Magpul Gen 3 precision stock. This rifle is capable of ½-inch 5-shot groups at 100 yards using both Hornady and Federal 168 gr match ammo. I have rolled prairie dogs at 500-yards with it and I would reach for it when I saw coyotes in the field behind my house. Suffice it to say, it is the rifle I use to judge other rifles. 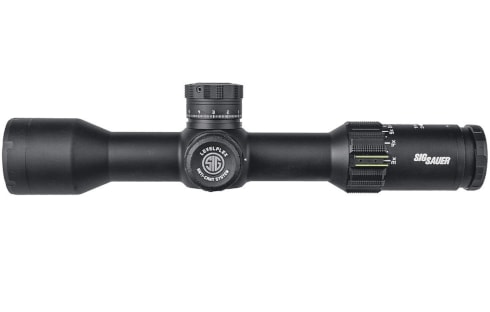 I asked Ruger to send a Long-Range Target Hawkeye and a Gen 3 Precision Rifle in 6.5 Creedmoor so that I might have the opportunity to test them. As it turned out, I had the Hawkeye LRT first and it went out west with me to hunt prairie dogs in South Dakota. In preparation for the field test with the LRT, I installed a SIG Tango 6 3-18x scope on Leupold Mark IV 34mm high rings and again mounted a Harris HBRS bipod with an RBA-1. This allowed me to quickly transfer it between rifles. This rifle showed a strong preference for Hornady 120gr ELD Match ammunition and that’s what I took with me. Once I found the sweet spot of stock pressure, cheek weld and wind doping I was able to roll a prairie dog at 585-yards from my prone perch. Yes, I walked out to the rolled dog and lased back to the hill I was shooting from and it came back 585. That was a personal best for me and given the wind of the day I was pretty happy with the shot. One of the guys on the trip with me, soon after rolled a dog at 608-yards. Long story, but that ended the prairie dogs’ willingness to play in our game of long-range varmint shooting. 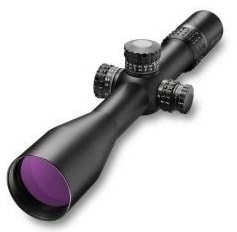 When I returned from the South Dakota trip, the GEN3 RPR in 6.5 Creedmoor was waiting. The handguard is now MLOK and now Ruger lists familiar barrel features: 5R rifling at minimum bore and groove dimensions, minimum headspace, and a centralized chamber. After installing a Timney two-stage 8oz/8oz straight trigger (this takes 20 minutes start to finish) and topping off the rifle with a Burris XTRII 4-20X scope resting on a Burris PEPR mount I worked through some various ammunition to see what it preferred. The RPR seemed to group the Hornady 147 ELD the tightest but amazingly, the Hornady American Gunner 140-grain bullet was not too far off at 100 yards! This was good news to me as this rifle will be used to shoot prairie dogs and this ammo is designed for small game. The only concern is the ballistic coefficient is not as high as the 147 ELD and so I’ll be doping the significant South Dakota wind more. 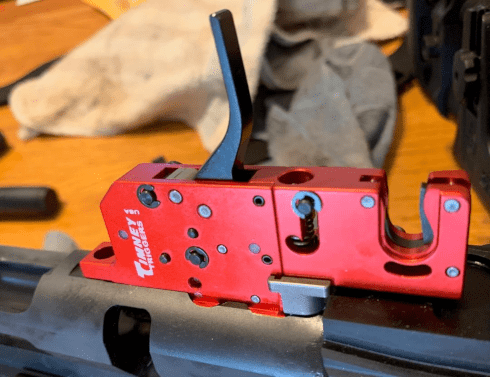 Testing the LRT and 6.5 RPR at my 100-yard range, I noticed my Chrony F1 was logging average velocities a bit lower than the manufacturer’s claims (no matter what brand of ammo I was shooting). I also noticed that premium ammunition from Winchester, Federal and Hornady were all very close in terms of smallest 5-shot groups but with my rifle, Hornady ELD match ammo was the champ in both rifles (120ELD and 147ELD respectively). That said, the Federal Sierra 140 and the Winchester 140 match were off the top mark by a few hundredths of an inch and that could very well be rifle dependent and operator variance.

Shooting prone at three hundred yards I was able to print 5 shot groups with both the RPR and the LRT that were just over 2 inches using Hornady ELD ammo. This was in moderate wind on an unseasonably warm December day by the way, so I’m sure the rifles are capable of even better performance. But again, taking an affordable rifle out of a box with only a mod to the trigger (and this Timney mod made to the RPR was simply because I really like Timney triggers and if they made a trigger for the LRT, it would wear one too) and to be able to lay on the side of an Iowa hill in December and shoot 2-inch groups at 300-yards is simply amazing to me; mostly because I’m behind the trigger and I’m not shooting off a bench.

Back after a long day of testing I carefully cleaned the rifles with Dewey coated rods, bore guides and jags. If you purchase a precision rifle, you’ll need quality cleaning products to safely clean it and keep it shooting at its potential. I use a little copper solvent and a lot of cotton patches and bronze brushes when cleaning. I don’t clean as frequently as bench rest competitors do, but if I’ve shot 30-rounds, I am cleaning the chamber and bore. I’ve been using Dewey products for 30-years and they are serious kit that will not fail. By the way, I adhere to the “never pull anything back through the bore” school of thought on cleaning accurate rifles.

For the final test of these two rifles, I left them cleaned in the safe for a week and took them out to shoot with clean, cold bores. The point of impact was true within ½” of where it’d been left at 100-yards. This is a tremendous confidence builder: knowing your clean rifle with a cold bore could be brought out of a safe and still put a round in the vitals of a coyote at 400-yards. 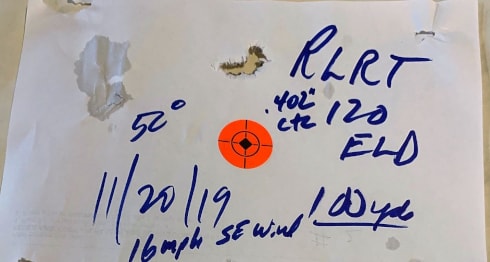 These rifles offer tremendous value. I cannot tell you which of these two rifles is better; it really comes down to personal preference. They are within a few hundredths of an inch of one another in accuracy. They are both feature-laden enough to allow steel ringers and varmint/predator hunters all they need. Ultimately the RPR offers an easier to change barrel and as mentioned, the capability to use a Timney drop in trigger and can support additional stock options. I could live happily ever after with either. 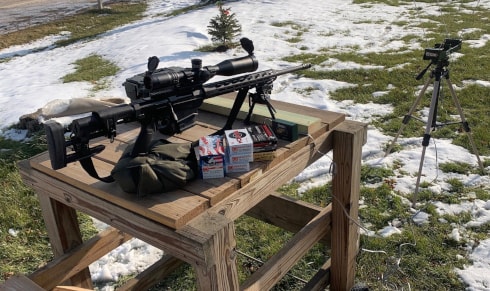